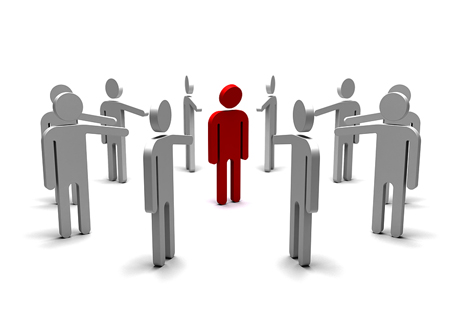 The lone diva stood at the waving base clearly overlooking the runway, the yodel of her magnificent tune cascading through the serene evening ether in a thrill that melted the hearts of all who heard it. She was a blonde, the exclusive fine-touch of a master sculptor, her dumbfounding beauty beyond description.

Her incredibly crystal white gown capped with a variety of rare precious stones from every nation in the world glittered from a distance, her awe-inspiring figure gloriously illustrating the clear sky with wonder.

The magical melody told of his prominence, distinction and supremacy in remarkable detail. She sung of his ways so marvelously spot-on, dependable and concealed. A sweet presence flowed gently in the air as she proclaimed his dominion would go on and on and on. The birds of the air joined in the anthem, marking the sky with spectacular patterns of devotion. The warm hue from the eventide rays illuminated the distant hilly horizon with a curious display of things to come.

The brilliantly lit runway sparkled as the massive airliner joined in a steady glide toward the ramp. Security was top-notch as the diva tore through the airwaves. The expanse area was decorated with military fatigues in a flurry of activity all centered on the plane. I curiously but unsuccessfully strived to visualize the distinct writings on the side of the plane.

Approaching the phenomenal plane on foot were four high-ranking personalities, radiating prominence with each stride. All eyes were on them and full salutes flashed through the air as they took vantage positions around it. First was the chief of staff, code name Ab. Next to him was the intelligence chief El.On the other side was head of protocol, code name Mo and JB the herald who stood right under the nose of the plane.

The quartet gave a neatly orchestrated simultaneous glance at their gold watches, synchronized to the millisecond and nodded in endorsement, signifying it was time. The herald joined the protocol chief as the engines began to roar, filling the airspace with the sound of rushing waters. The diva sung on as the massive machine burst forth, rapidly gathering momentum down the royal runway, the lights under the wings arrayed like blazing fire. The silver title inscription Alpha the Majestic at its side flashed before my eyes as it powerfully rumbled down the runway.

The airfield thundered in great jubilation as the plane took to the sky leaving a trail of glory. The tail of the diva’s dress lifted in resonance, distinctly highlighting the precious stones and spiraling across the sky in various victorious gestures, with the four generals saluting in applause and the melody rising to fever pitch. Great light that no words could describe filled the area. All watched in awe as the sky received the jet.

It was the whine of a mosquito that woke me up! I instantly crushed it bringing the toll for the day to twenty, all displayed on a piece of paper under the tree. Just then, Joe came summoning me with most astounding news. Let’s just say I was the skeptical type. For me the content had to be defined by the screen saver; better still the story had to be the equivalent of the cover.It was only natural.

I had no trouble at all with Joe’s alleged discovery. After all it was expected sooner or later. I had lots of issue though with its location. It just wasn’t adding up…from whatever point of view! I found myself heeding to his summons driven more than anything by the strong desire to prove him wrong.

“Hey! What’s with the poor mosquitoes?!”

“What about our power to do exploits over snakes and scorpions?!”

“Oh!” He seemed quite surprised as we began to leave.

It was the reception of the alleged discovery sometime later that threw me off-balance. He had apparently been monitoring my antics under the tree all day long. I silently hoped he would not hold me accountable for my atrocities! He was even armed with video evidence. That was ‘aha’ redefined!  This outwardly unimpressive figure seemed quite repulsive of the fact my attraction to him was motivated more by logical inducement as opposed to his person. Books and covers! What was even more amazing was in spite of my critical skeptical self, he found me rather cool and went on to publicly affirm me. He had a thing with mystery this discovery!

And so my journey began. One that was compelling, captivating and promising to take me deeper or higher (no in-between) into the profound relationship between books and covers. I soon joined a team of eleven others who became his official entourage.

Looking back, there was always something left; this little defining nugget of truth that was supposed to propel us across the line of doubt to fully embrace him as the one! This was so true even for us his entourage. We always found ourselves needing one more…just one more reason to believe.In some ways it generated doubt, effectively keeping us at arm’s length; from the place of the ultimate experience he would rather have had us positioned. I guess one could say we were always this close! But not yet! In spite of all his unprecedented public statements of greatness in word and deed this little pocket of reservation kept us hanging on indecisiveness. And he knew it! Patiently so.

This ominous pocket had many catalysts for everyone, the twelve of us inclusive.For me, it was the incongruity of his home town in the unfolding story. Slowly but with difficulty I was processing this. Tucked under the cover of this mystique, and a myriad of controversies which became synonymous to his course, he swiftly proceeded with his assignment. Not a punctuation was left out in the writing of his story unfolding right on schedule; real-time. And he never doubted what his mission was!

The hundred percent mark remained elusive for us thus. He kept us on suspense, refusing to perform under pressure but rather allowing decisions for him to be conviction driven as opposed to physical persuasions. I guess he had his reasons and facts together on the bigger picture scheme of things.

As we gathered by the waving base that final afternoon with him, my perception was shifting. I looked at my ten comrades and suddenly understood why his patience toward us had been so enormous despite our frequent traits of double mindedness; a direct assault on his accreditation. He knew we would need to extend the same to those around us when when he finally handed the baton to us. As we watched him spiral up the sky in a trail of glory, I had the feeling the moment was finally here.

It had been over three years since Joe had called me from my hunting hobby under the tree that afternoon. Now a reformed conservationist, I would eternally be grateful for this most defining season of my life. As we watched the skies receive the one who had captured our all this while, the ground thundered in great jubilation. I had only heard it before; now I perceived it in greater measure that he is indeed before all things and in him all things hold together! I knew for sure the task could be done. Beneath the cover or is it under cover? We would most certainly write our stories!

3 thoughts on “Books and Covers”